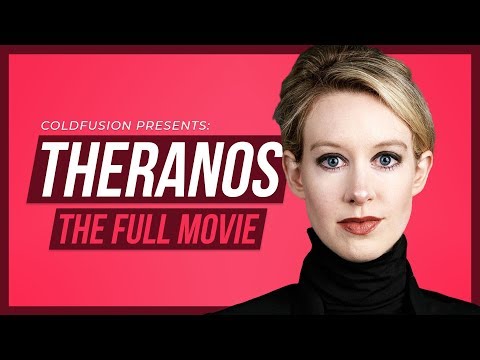 Hello. Yesterday's post was way too long for consumption, so I'll cut it down. So, let's get to the chase!
The biggest development today has been the "shutdown watch." If Congress does not pass a continuing resolution (CR) by Friday at midnight ET, the government will shut down. So, what has Congress done?
Not much! I mentioned yesterday that House GOP is whipping its members to vote for a four-week CR that will extend Children's Health Insurance Program for six years and delay Obamacare taxes, but it seems like that's not going so well:


Huffington Post: House Freedom Caucus Chairman Mark Meadows (R-N.C.) emerged from a meeting with Chief Deputy Whip Patrick McHenry (R-N.C.) on Wednesday night saying House Republicans don’t yet have the votes to pass another short-term spending fix, called a continuing resolution (CR).
“At this point, if the vote were to happen today, there’s not the votes to fund it with Republican-only votes,” Meadows told reporters Wednesday night.


https://www.huffingtonpost.com/entry/congress-government-shutdown-conservatives_us_5a5fec13e4b054e351771e88
Many House GOP members want their leadership to put Goodlatte's bill to a vote on the House floor before they vote on this CR. But the leadership hasn't shown the willingness to do so. For what it's worth, Goodlatte's bill is DOA on the Senate, so don't panic.
What about Democrats? I'll let The Hill's Congress reporter Scott Wong take things from here:


Scott Wong: “Now I think shutdown is likely” Dem source says
Top Dem source says most Senate Dems planning to hold the line and vote NO on CR without a DACA deal, upping chances for government shutdown.
Some Ds will vote yes but not nine, source says


Cornyn: The “Gang of Six” deal to fix DACA will not get a vote in the House or the Senate because POTUS will not sign it. Let's go back to the drawing board and get this done: Border Security, end Diversity Visa Lottery, limit chain migration, and fix DACA


https://twitter.com/JohnCornyn/status/953588595394310145
The bill still faces opposition from the WH and much of the House GOP, but it did pick up four more GOP senators (Collins, Murkowski, Alexander and Rounds (who wants "tweaks" including E-Verify), bringing the number of likely yes vote to the bill to 56:
https://twitter.com/StevenTDennis/status/953768362764587009
In regards to the Hurd/Aguilar bill, WH Chief of Staff John Kelly said he hadn't heard about the Hurd/Aguilar bill until today: https://twitter.com/heatherscope/status/953642812150571009
But that shocking lack of knowledge aside, Cornyn threw a cold water to this bill as well.


Lisa Mascaro (Congress reporter for LAT/Chicago Tribune): GOP Whip @JohnCornyn throws cold water on Hurd-Aguilar as #DACA compromise: "It's not something I think the Senate would pass.


https://twitter.com/LisaMascaro/status/953724846957039616
Meanwhile, the "Group of No. 2's" met today (https://twitter.com/ChadPergram/status/953695977214443521) in a process Kelly called "just talking." I don't see any possibility that Congress will come up with a deal this week... It seems likely that in the next week, the government will either be shut down or operate under another CR.
But the most fundamental question is... what does the WH really want?


Sahil Kapur (Bloomberg national politics reporter): McConnell says the Senate can move on DACA “as soon as we figure out what he’s for,” referring to Trump. Pretty clear signal here about who the holdup is.


https://twitter.com/sahilkapustatus/953710294685057024
Trump is opposing the Graham/Durbin bill (https://www.reuters.com/article/us-usa-trump-immigration-exclusive/exclusive-trump-takes-hard-line-on-immigration-rejects-horrible-bipartisan-plan-idUSKBN1F62QL).
When Kelly met with Congressional Hispanic Caucus this morning, he stressed that the WH wants a "permanent solution to DACA" and said Trump does not necessarily want a full wall, saying Trump has "evolved." - https://www.washingtonpost.com/powerpost/kelly-calls-some-of-trumps-campaign-pledges-on-immigration-and-wall-uninformed-meeting-attendees-say/2018/01/17/3e2524bc-fb86-11e7-a46b-a3614530bd87_story.html?utm_term=.bacfddd02bb8
Kelly elaborated on it in his interview on Fox News tonight:


Jennifer Jacobs (Bloomberg WH reporter): What Trump wants in DACA deal, Chief of Staff John Kelly says on Fox: -$20 billion for wall -700 miles of additional wall/fencing -immigration limited to nuclear families. "We can talk about this, but that's where HE is," Kelly tells @BretBaier


https://twitter.com/JenniferJJacobs/status/953768923232657410
Will Democrats buy this? Unlikely. The next few weeks will be a rollercoaster of emotions as it has been for the last few weeks.
So, what's coming up? Well, there weren't any court action today, but it seems likely that we'll see DOJ officially asking the SCOTUS to rule ASAP on whether the court thinks the WH ended DACA legally (A reminder to submit your renewal ASAP). Will take some time for the SCOTUS to decide...
It seems more likely than not that House and/or Senate will at least try to vote tomorrow on the CR to Feb. 15. Stay tuned for that as well.
Also, I am interested in seeing whether the two bills (Hurd/Aguilar and Graham/Durbin) pick up additional supporters, especially on the Republican side. While the WH opposes Graham/Durbin and likely opposes Hurd/Aguilar, a veto-proof majority for either of the bills may send a significant message to House/Senate leadership and the WH. Unlikely that either of those bills pick up enough supporters to make them veto-proof, but just keep an eye on it in case.
That should do it for today! May God smile in our favor, and I leave you today with this:


Clickhole: In the short time since Trump has taken office, ICE and immigration officials have had free rein to deport hundreds of thousands of Americans who came here as children, many of whom have lived in this country nearly their entire lives. But now the liberal heroes of Silicon Valley are fighting Trump in a truly amazing way: In response to the deportation of DACA dreamers, tech entrepreneurs have released a new app that links your Bitcoin wallet to your smart watch.


http://www.clickhole.com/article/silicon-valley-rescue-response-trump-deporting-dac-7238?utm_content=Main&utm_campaign=SF&utm_source=Twitter&utm_medium=SocialMarketing
(Yes, the article is a satire)

Elon Musk and Malala are now Twitter buds, thanks to an article published by one of The Onion’s off-shoot satire websites ClickHole.. The parody piece, titled ‘More Bad Press For Elon: The Car Elon Musk Launched Into Orbit Has Fallen Back Down To Earth And Crushed Malala Yousafzai’, says the Tesla that Elon sent into space in February landed in a ball of flames on top of Malala. Continuing with the excellent series from Giacomo and Bitcoin Magazine, "Discovering Bitcoin: From Cavemen to the Lightning Network," we dive into Part 3 - Introducing Money. Building of the base concepts of savings in order to acquire time, of durability in a good to store that time, to investment in order to create greater productivity, and then to exchange and specialization, we finally ... QUESTIONABLE SOURCE A questionable source exhibits one or more of the following: extreme bias, consistent promotion of propaganda/conspiracies, poor or no sourcing to credible information, a complete lack of transparency and/or is fake news. Fake News is the deliberate attempt to publish hoaxes and/or disinformation for the purpose of profit or influence (Learn More). Sources listed in the ... Are Bitcoin SV apps incentivized to make use of “the Bitcoin computer,” meaning the Bitcoin SV dedicated transaction processors’ network for literally all of their app’s backend computations? Daniel Krawisz: No. Bitcoin is for independent parts interacting harmoniously. We want to use the Bitcoin computer when we want to prove to ... Another from the amazing collection over at Citadel21.com, we dive even deeper down the rabbit hole with Knut's piece. What does it even mean to measure value with Bitcoin as our totem? What happens to prices in a perfectly finite monetary good? What would a future where the growth and productivity of the economy were captured by the money, rather than stolen by our money masters?

New Thinking Book: http://bit.ly/NewThinkingbook New Thinking on Google Play: http://bit.ly/NewThinkingGooglePlay Theranos, what seemed like one of the most ... ricegum made a video and ricegum diss tracks, after beefing with KSI on dramalert in a interview with keemstar, RiceGum - My Ex (Official Music Video), in th... Data collection is out of control so don’t ignore it Trust these online services but seeming the whole while they’ve been building up data to detail your pro... Skip navigation P3X Launched - Powh3d News Watch the Crypto Passive Income Strategy Course: https://bit.ly/2RDH610 Subscribe to our Channel: https://goo.gl/ogWmRC Join Our Bitcoin Passive Profits Community ...